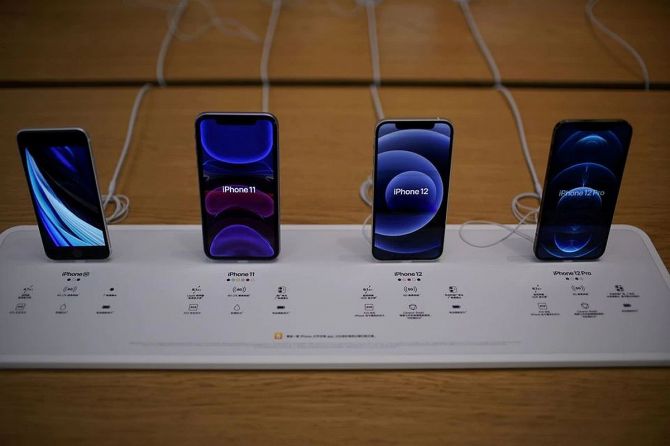 In India, 70% of Apple iPhones are sold in the domestic market. In FY 2021, the government launched the Production Linked Initiative Scheme, it has had a positive impact on Apple’s marketing strategy and has earned Apple a profit of up to 30% in 2 years.

Only 5% used to sell phones in 2017
Only Apple 12 and Pro Max models are imported in India. Whose models are very few and are also found expensive. There was no response from an Apple spokesperson, but Faisal Kawusa, founder of Techharc, which tracks Apple’s production, says that in the year 2017, Apple smartphones made in India used to be only 5% of the total phones sold. .

At the same time, by the year 2020, it increased to 60%. With the creation of Apple 12 in India, this figure has now reached 75%. According to a media source, the value addition of Apple mobile devices is currently 15% in the country.

The company will invest Rs 4,700 crore to set up a manufacturing plant.
Apple’s three vendors claim that they will take this figure to 30% in the next 5 years with the help of the Production Linked Initiative (PLI) scheme. Giving the example of China, said that Apple’s value addition here is between 40-45%.

It is also discussed that the company is partnering with Tata Electronics to increase Apple’s business in the country and will invest up to Rs 4,700 crore to set up a mobile component manufacturing plant in Tamil Nadu.

80% of iPhones will be exported by the end of the year
Apple gives an initial amount of 4-6% to the vendors selling smartphones, who are participating in the PLI scheme. In this scheme, the vendor has promised to make iPhones worth Rs 34 lakh crore in India in 5 years with Apple, of which 80% will be exported this year.

The company’s third vendor Pegatron is yet to start production, yet vendors have invested more than half of the Rs 3,000 crore amount.

dyson: Dyson working on robots to help you with household chores – Times of India Age to be asked before selling liquor? Court sent notice to Delhi government